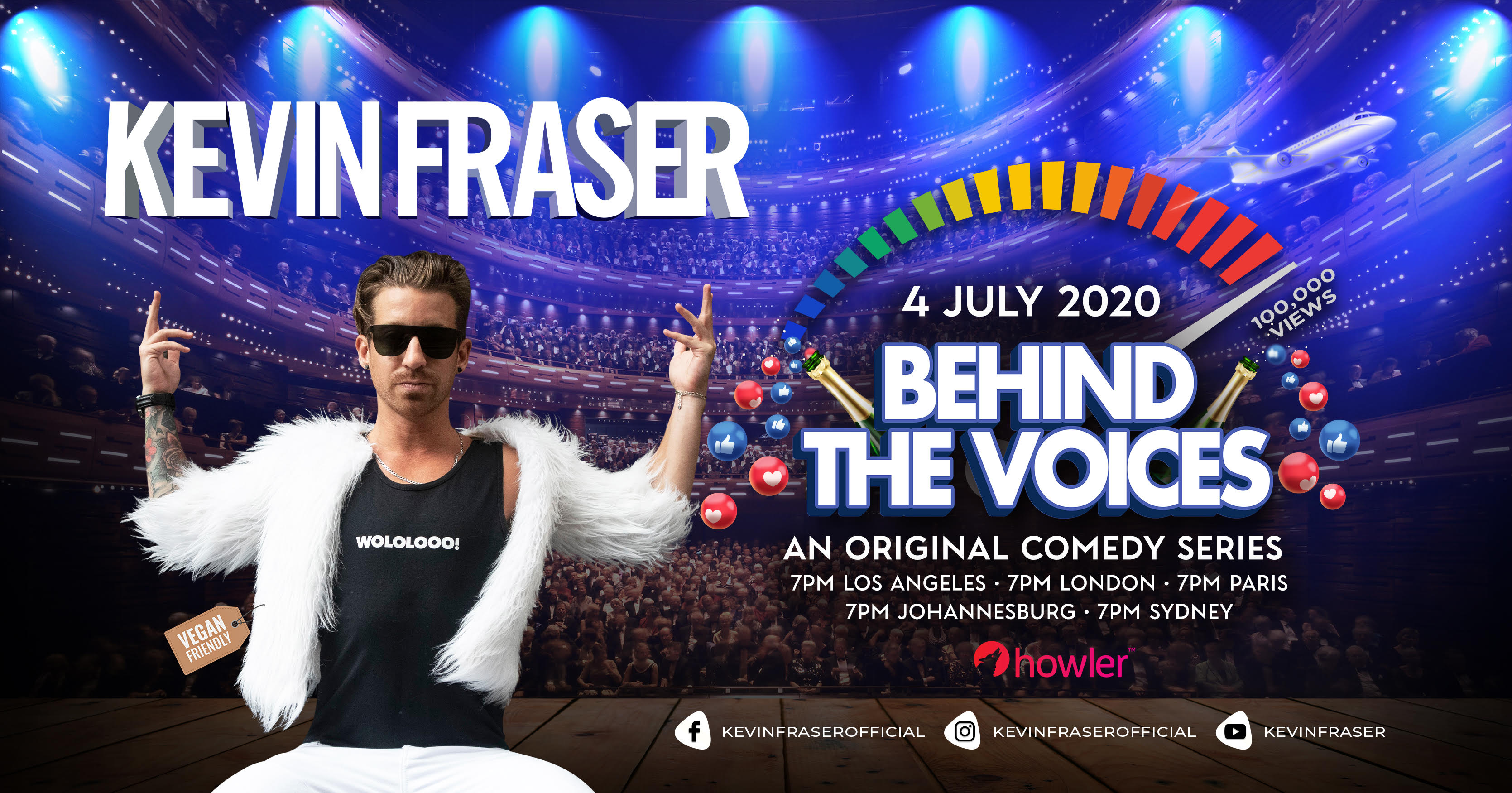 Kevin Fraser: Behind The Voices - Australasia

Primarily known as the guy on the internet who sweeps across people’s feeds with his impressions on the daily struggles of life, Kevin now trots the globe, delivering Comedy to - oh wait, that has come to an abrupt stop!

Since Kevin has been living la vida lockdown, he has been cooking up a Comedic storm for his fans around the globe.

Aiming to bring you a hilarious compilation of content, Fraser has decided to give his fans a unique Comedy Series to look forward too.

Loaded with live footage, interviews and sometimes awkward behind the scenes moments; fans can expect to see into the life Behind The Voices of Kevin Fraser.

Episode 1: In The Benninging P1

Episode 2: In The Benninging P2

In light of the current Pandemic causing a lot of difficulty during uncertain times,

of assistance in South Africa’s communities.

Kevin is committed to ensuring that these funds go to the right organisation and ultimately the people who need it the most.

During the course of June 2020, Kevin will announce just how this process will be seen to.